Menu
Get A Quote

Prominent figures from the Labour and Conservative parties have clashed over the issue of business tax. While speaking at the annual conference of the British Chambers of Commerce, Tory Michael Gove and Labour’s Ed Balls exchanged heated opinions over the UK’s best options for the future of business tax.

Labour’s intention if elected is to reverse corporation tax cuts, and replace them with a reduction in the business rates that apply to smaller firms. Gove said that such a move would “set business against business.” The education secretary also claimed that it would threaten the UK’s economic recovery.

Corporation tax has been steadily reduced by the current coalition government since 2010. From 28%, it has descended to just 21%. Labour have not expressed any intention to reverse those cuts that have already taken place, but would reverse a further cut that is planned to take place next year and would bring the level down to 20%.

Ed Balls, however, defended Labour’s plans. The Labour party holds that the best move would be keeping corporation tax at 21% and cutting business rates for small firms instead. Business rates for premises with a rental value of less than £50,000 annually would also be frozen for a period of two years. Labour claims this move is prioritising small firms such as shops and pubs, rather than bigger companies that stand to get the greatest benefit from further corporation tax cuts.

At the conference where he exchanged words with Gove, Balls himself said on the subject: “We do not think we can justify another tax cut for large businesses in 2015, when so many small and medium sized business are under such pressure.”

Balls also pointed out that, before the current government took power, corporation tax was already being cut by the labour party. During Labour’s time in government, it was reduced from 33% down to the 28% level that was in effect when the coalition took over.

However, Gove accused Labour of “[attacking] business” and said the move would “threaten investment, threaten jobs and threaten the recovery.” He conceded that the move would benefit valuable smaller firms, but said that doing so at the expense of bigger jobs would set businesses against one another.

Gove went on to say: “It’s gesture politics driven by short-term political positioning, not the long-term good of our country. And it would set back the economic recovery, which is creating jobs for young people.”

It is worth noting that the conservative party has also formed policies to support small businesses through business rates, albeit to a significantly lesser extent than Labour have promised. George Osborne has promised to put a 2% cap on future increases. The Chancellor has also promised 100% rate relief until March for premises with less than £6,000 rateable value, along with a discount of £1,000 for those valued under £50,000. 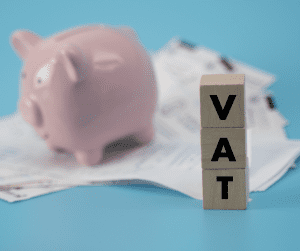 VAT Made Easy: Filling in Your Return and Making Payments on Time

Tax Tip: Setting up as a Sole Trader

We’re a modern, friendly and proactive accountancy service. Customer experience and value for money is at the heart of what we do.

What are the Benefits of Hiring an Accountant for Your Small Business?

Explaining Tax Forms: P11D – What it Is and Why You Need to Keep it Safe

Understanding Self Employment – Landlords: What Can You Legally Claim for?

We are 5* rated and recommended on Google. See what are customers are saying about us.
See Our Reviews

Let's Discuss How We Can Help Your Business

Our goal is to remove as much time and stress from the accounting and bookkeeping side of your business so that you can focus on what matters more to you.
Book A Call
Request A Quote

Yorkshire Accountancy work with people all across the UK – we have more than 500 clients and are growing fast! We offer our accountant services nationwide and enjoy working with many fantastic small businesses.
Facebook Twitter Youtube Linkedin Instagram

We use cookies on our website to give you the most relevant experience by remembering your preferences and repeat visits. By clicking “Accept All”, you consent to the use of ALL the cookies. However, you may visit "Cookie Settings" to provide a controlled consent.
Cookie SettingsAccept All
Manage consent

This website uses cookies to improve your experience while you navigate through the website. Out of these, the cookies that are categorized as necessary are stored on your browser as they are essential for the working of basic functionalities of the website. We also use third-party cookies that help us analyze and understand how you use this website. These cookies will be stored in your browser only with your consent. You also have the option to opt-out of these cookies. But opting out of some of these cookies may affect your browsing experience.
Necessary Always Enabled
Necessary cookies are absolutely essential for the website to function properly. These cookies ensure basic functionalities and security features of the website, anonymously.
Functional
Functional cookies help to perform certain functionalities like sharing the content of the website on social media platforms, collect feedbacks, and other third-party features.
Performance
Performance cookies are used to understand and analyze the key performance indexes of the website which helps in delivering a better user experience for the visitors.
Analytics
Analytical cookies are used to understand how visitors interact with the website. These cookies help provide information on metrics the number of visitors, bounce rate, traffic source, etc.
Advertisement
Advertisement cookies are used to provide visitors with relevant ads and marketing campaigns. These cookies track visitors across websites and collect information to provide customized ads.
Others
Other uncategorized cookies are those that are being analyzed and have not been classified into a category as yet.
SAVE & ACCEPT